Overall, a satisfying ending to such an epic series.

Arc conclusions for the Rand, Forsaken, Logain, Gawyn, Galad, and a few others were done well. But, there were some disappointments. 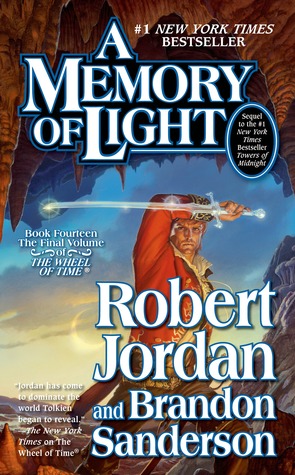 I liked how Rand's battle with the dark one was psychological rather than physical. Ishamael's reasoning for forsaking the Light was great. Graendal and Lanfear had pretty neat arcs. Demandred cutting down Galad and Gawyn was a hell of a threat during the entire last battle. Moiraine's part was good as well but nowhere as good as expected and I wonder if she should have stayed dead; Would have at least maintained the emotional impact. Logain's arc came to a great conclusion but I do wish we got more of him instead of his followers. Egwene got a great conclusion as well but the rift between Rand and her was weird.

There were a few disappointments but not "can't please everyone" sort, just plain disappointments. Faile and Lan should have stayed dead. Plot armor has always been a thing in WoT but there were too few deaths considering the magnitude of the last battle. These two characters would have had a much larger impact and better endings had they died. Perrin had a very important role but I never cared for Slayer. Padan Fain, however, got the most disappointing conclusion; Should've just killed him at Far Madding.

Can't think of many "can't please everyone" endings except we didn't get a reunion of the three boys or one between Moiraine and Siuan; Especially because of her death.