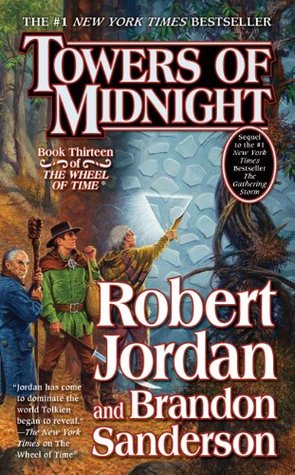 The writing style of the book was a bit annoying. Not only did we keep switching characters and places after every single chapter (kind of broke the flow. Wish Sanderson had done two or sometimes three chapters for the same char or place like Robert Jordan had) but also in time (back and forth). At times I was quite confused about whether the event was happening in the past or present.

I kind of understand Egwene's thing with the tel'aran'rhiod but at the same time, everything seems to be going her way. It's like she is a ta'veren but gets away without the unintended consequences that three guys have to face.

Perrin's plot of okay apart was the forging hammer scene; That was awesome. I wish his training and all this was shifted a bit earlier in the series as it seems too late to do this.

I loved all the Rand parts. I liked how the most we got was from other people's perspective; Showed people that he had either changed or was someone that they did not expect.

Moiraine is finally back! Though at the very end. But I did like the tower arc. Mat was pretty neat.